News From The Pit

This page is your entry to the Arizona Poison and Drug Information Center's monthly newsletter on all things envenomations! 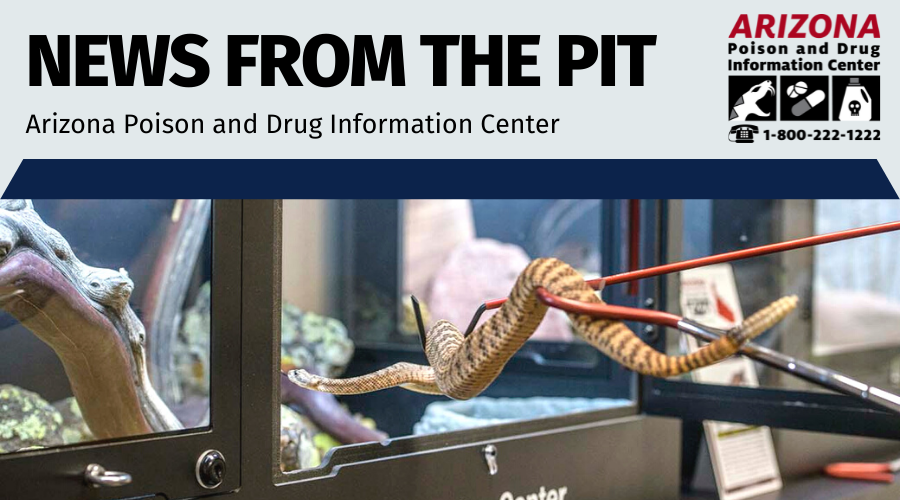 News From The Pit aims to stimulate conversation, spread awareness, and discuss challenges with everything from avoiding snake encounters to clinically managing a life-threatening envenomation.

Send a letter or question to the editor.

June - It's in the Blood: DIC and VICC

July - Thick and Thin (treatment of thrombosis in snake envenomation)

November - Not a Tall Tale, Just a Long Tale

November - Welcome to the Pit